March 23, 2020
Update Required To play the media you will need to either update your browser to a recent version or update your Flash plugin.
Podcast Free MP3

Scriptural Contrasts for the Seven Giants 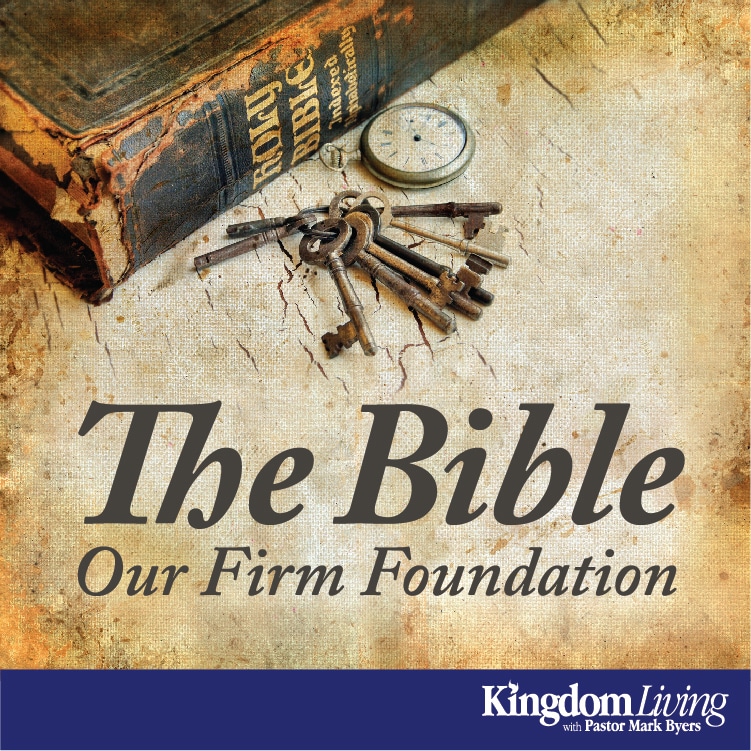 The Bible: Our Firm Foundation Series

The exclusivity of the Bible, and especially the doctrine of Jesus Christ as the only Savior of mankind, has always had its detractors. In a society where absolutes are abandoned, truth becomes relative. To the Christian, it can appear that all foundations are slipping away, but take heart!  Jesus said that heaven and earth will pass away, but God’s Word will always remain. His Word is a rock on which we can anchor our hope and faith, as all believers have through the ages. No other book in human history has undergone more challenge and criticism than the Bible. Yet centuries of scrutinizing have only shown it to be the most credible book in the world. How can we know it is “God breathed,” inspired by God. Join Mark Byers for this teaching on the inerrancy of Scripture.

Kingdom Living with Pastor Mark Byers is a half hour daily radio ministry of the church with the purpose of teaching kingdom life, godly living and holiness to the Body of Christ.

Pastor Mark Byers was born in Pennsylvania and raised in Detroit, Michigan. Born again at an early age he attended the Nazarene church. The call of God for ministry came in his teens as he began attending an Assembly of God church where he was involved in early ministry for seven years. He attended Elim Bible Institute and graduated in 1970. He has served as a pastor for 34 years. Seven as an assistant pastor, and 27 as senior pastor – first in Depauville, New York, and for the last 21 years with his present congregation at Calvary Christian Church in Royal Oak, Michigan.