What Is Tithing, and Is it Required Today? 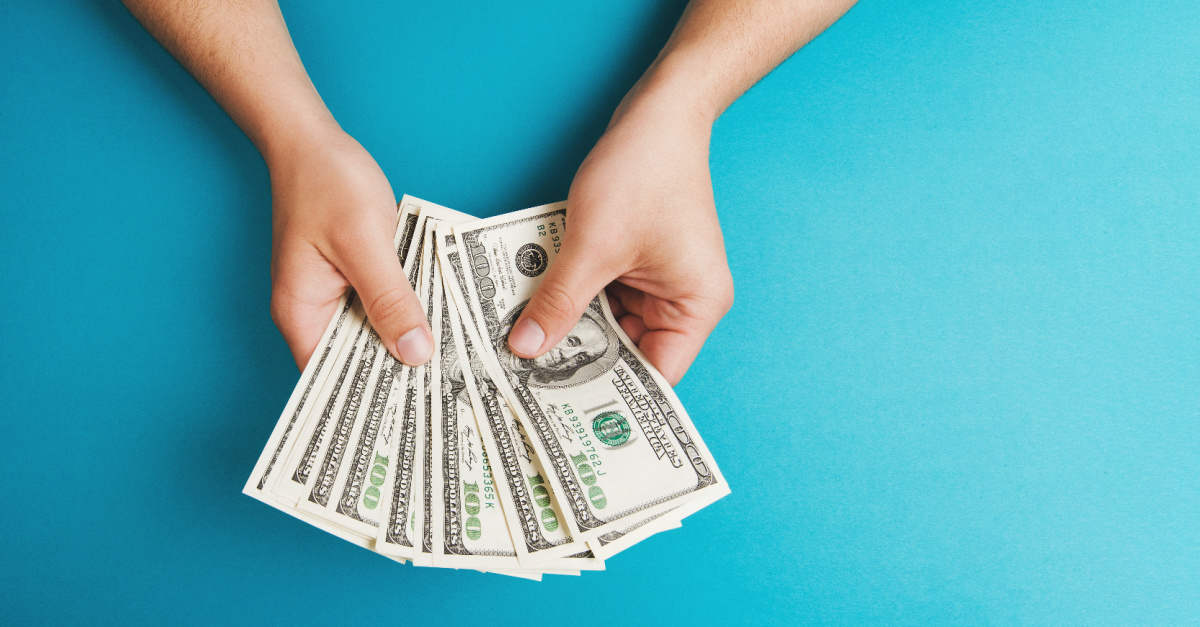 For some Christians, the question “what is tithing?” may seem a bit odd. They grew up in churches where everyone was expected to regularly give money. Elders might have even given out tithing envelopes with instructions to make the process easier. Other Christians genuinely aren’t sure what to think about tithing. They may have been told that tithing is purely an Old Testament concept, or it may sound like a legalistic way to earn God’s favor.

What does it actually mean to tithe? Does the idea shift from Old Testament to the New Testament? Are Christians required to tithe today?

Let’s take a look at what the Bible can tell us about each of these questions (and related ones).

The word “tithe” comes from a Hebrew word that is transliterated into English as ‘asar and means “a tenth.” The word first shows up in the Bible in Genesis 14:20, when Abram (later Abraham) rescues his nephew Lot from four kings. After Abram’s victory, he meets a priest-king named Melchizedek who blesses him and in response, Abram “gave him a tenth of everything.”

The term doesn’t show up in the book of Exodus, but there are various references to tithing in the later books like Leviticus that describe how the Israelites should govern themselves and use their resources.

As we shall see though, tithing is more than just a technical term for giving a tenth of resources to specific causes. As the Bible progresses, tithing becomes part of a larger concept: generously giving to God and to others, a part of practicing hospitality to those in need.

What Does the Bible Say about Tithing?

The Bible talks about tithing in two contexts.

First, there are three tithes that the Israelites were required to give on a regular basis. In Numbers 18:8-30, God instructs the Israelites to give an annual tithe to support the Levites, who served as priests in the tabernacle and unlike their fellow citizens did not have a property inheritance (Numbers 18:21). Then in Deuteronomy 14:22-28, there is a tithe the Israelites set aside each year to eat in a celebration meal at the Lord’s dwelling. The passage describes the tithe being from “your grain, new wine and olive oil, and the firstborn of your herds and flocks” (Deuteronomy 18:23), but also sets provisions so that Israelites who cannot take these supplies to the celebration location can exchange those items for silver and buy food when they arrive (Deuteronomy 18:24-25). The same Deuteronomy passages talk about collecting a tithe every three years to provide for the Levites, the widows and orphans, and other helpless people. This third tithe functions as a sort of social welfare net to provide for Israelites who had no one to provide for them. The fact that widows in ancient Near Eastern societies generally had no one to provide for them (except their children or relatives who voluntarily helped) comes up again in the Book of Ruth, where Ruth must gather scraps from the field to feed herself and her mother-in-law.

Second, there are references to voluntarily giving the first proceeds of crops or work to God as an act of gratitude. The tithe that Abram gave to Melchizedek was a voluntary gift to a priest who blessed him. Proverbs 3:9-10 exhorts readers to “Honor the LORD with your wealth, with the first fruits of all your crops; then your barns will be filled to overflowing, and your vats will brim over with new wine.”

Malachi 3:10 describes God telling people to give their tithe and see if he does not “open the floodgates of heaven.”

Moving into the New Testament, Jesus commends a widow who gave generously to God (Mark 12:41-44) and criticizes Pharisees who tithe but do not consistently live a righteous life in other areas (Matthew 23:23).

Later books in the New Testament talk about Christians giving generously to support their church leaders or other believers. In 1 Corinthians 16:1-3, Paul tells the church of Corinth to do what he also told the Galatian church to do, and set aside an offering for him to pick up when he arrives. Paul talks more explicitly about giving and practicing generosity in 2 Corinthians 8-9, where he reminds them “whoever sows sparingly will also reap sparingly” (2 Corinthians 9:6).

Many of these verses about giving offerings to God also mention getting blessings from God, as if God is favoring people as a result of their tithing. Prosperity gospel teachers often take this to mean that Christians who give generously will gain material comforts from God. However, it’s important to consider the context of these verses and what blessings mean in the Bible.

We discussed earlier how tithing is mentioned in the books describing how the Israelites were to govern themselves as a nation. These laws were given by God as part of the covenant that the Israelites made with God on Mount Sinai (Exodus 19). In Ancient Near Eastern cultures, covenants were binding legal contracts with conditions and benefits. So, having made a covenant with God, the Israelites knew if they followed the covenant’s conditions (which included tithing), God would bring protection and blessing. Breaking those conditions would have negative consequences because it meant the Israelites were breaking the contract. This helps to partly explain the give-and-take nature of God blessing or punishing the Israelites throughout the Old Testament. Since this covenant changed after Jesus’ death and resurrection, the exact way God favored (or punished) Israel based on whether or not they tithed does not apply to Christians. We will get more into this idea when we consider whether Christians should tithe.

In addition, the Bible does not always talk about God blessing people with money or comforts. The angel Gabriel describes Mary as blessed because she was Jesus’ mother, which fits with the overall Biblical idea that having children is a blessing. However, it certainly wasn’t comfortable or easy for Mary to be found pregnant before she was married. The New Testament also talks about receiving the undeserved gift of salvation as a “free gift” (Romans 6:23), even an “indescribable gift” (2 Corinthians 9:15). On a more dramatic level, the New Testament describes being persecuted for preaching the Gospel as a blessing, something to be “counted worthy of” (Acts 5:41).

So, while God does bless his followers, and the Bible sometimes talks about people who give generously being blessed, this does not mean that everyone who tithes will gain material blessings.

When the Bible references tithing, it usually talks about giving an offering of resources rather than money. For example, Leviticus 27:30 says that “a tithe of everything from the land, whether grain from the soil or fruit from the trees, belongs to the Lord.” As noted earlier, the second and third tithes were assumed to be food for celebrations or for people who couldn’t work to feed themselves. In the Matthew 23 passage where Jesus rebukes the Pharisees, he notes that “you give a tenth of your spices – mint, dill and cumin,” but neglect “the more important matters of the law – justice, mercy and faithfulness.”

So, even in Jesus’ time, tithing was often a matter of giving food or materials. The principle was to use a tenth of the proceeds from our work to help others.

Since the priestly system outlined in the Old Testament no longer exists, giving tithes for Levites or for annual celebrations is no longer possible. Jesus’ death on the cross fulfilled the law and established a new covenant which supersedes the legal and spiritual contract that God had with the nation of Israel.

Therefore, Christians do not need to tithe in exactly the way described in the Old Testament. Christians live under the law of grace rather than works and do not follow many of the ceremonial feasts and other events that were specific to the nation of Israel. In that sense, the first and second tithes do not apply to Christians.

However, the concept of generously giving extends into the New Testament. Paul and other writers talk a great deal about Christians giving resources to help each other and people around them who are in need. The exhortation in James 1:27, to look after “orphans and widows in their distress” parallels the third tithe which was designed to help the needy.

Overall, the New Testament writers imply that God has generously given us the gift of salvation, we should naturally desire to give our resources to help others. We have been given a great gift. As we come to recognize that great gift and understand it more deeply, this knowledge naturally leads us to give generously to others. On a more evangelistic level, generous giving serves as a small example of the generosity that God has given to us.

How Should Christians Tithe?

There are three principles we should consider when it comes to tithing:

The ancient Christians did this by supporting their leaders like Paul (see 1 and 2 Corinthians) and by caring for each other’s widows (Acts 6:1-6). Since the New Testament doesn’t use the word “tithe” in many of these exhortations to give, Christians may not necessarily be required to give a tenth of their money. However, since the principle is to be generous as God has been generous, many Christians view a tenth as the baseline, something to meet and exceed when possible.

We can tithe with things other than money.

A person who owns property might choose to “tithe a section of the land,” offering it to a local Christian group who needs space for activities or perhaps building something on the land that helps people in need (such as a halfway house for needy families). A Christian who runs a video production business could “tithe their resources,” loaning out spare equipment for worship services or youth events. Christians who can’t give financially may “tithe their time,” using a portion of their week to help out at their church or a nonprofit.

Giving to other Christians doesn’t have to be where the generosity ends.

James 1:27 doesn’t say to look after “orphans of believers and believing widows.” The verse says “orphans and widows,” and the surrounding text doesn’t give any reason to assume James is only talking about other Christians. Therefore, James seems to be making a general statement that Christians should help any needy people around them. Historically, this is one thing that has Christians apart from other groups. Ancient Romans were sometimes surprised and (in the case of Roman emperor Julian) embarrassed to see churches caring not just for their own, but for their pagan neighbors. Anyone might care for their families or for members of “their group”; caring for someone in need who doesn’t fit into “your group” makes a powerful statement.

Tithing should be seen not as a legalistic obligation that we do to impress others or to get God’s favor. Instead, tithing should be an example of living out the generosity which God has given to us. Given ten percent of our income serves as a good baseline, but is just one way to give. Giving to support fellow Christians who need help or who to promote the Gospel (teachers, pastors, missionaries, etc.) is a great first step, but we should wisely look for ways to help all forms of needy people.

G. Connor is a freelance writer and journalist, with a Bachelor of Science in Professional Writing from Taylor University. He has contributed over 600 articles to various publications, including interviews for Christian Communicator and book reviews for The Evangelical Church Library Association. Find out more about his work here.