Dads In Charge, Part 2 of 4 (Fighting For Your Family)

Dads In Charge, Part 3 of 4 (Fighting For Your Family)

May 28, 2020
Update Required To play the media you will need to either update your browser to a recent version or update your Flash plugin.
Podcast Free MP3

Rising crime and divorce rates bear sad testimony to families with poor male role models, or none at all. It is vital that fathers lead their families in the right direction. The next generation depends on it, and right now the outlook is grim. 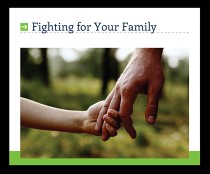 Today's families need direction, hope, and encouragement. God desires for us to take courageous, decisive action to counter the lie that there is no hope for our marriages and our families. These messages are intended to improve good marriages, repair bad marriages, and foster healthy families. Click below to receive this series of 10 sermons on 5 DVDs for a gift of any amount or call Moody Church Media at 1.800.215.5001. 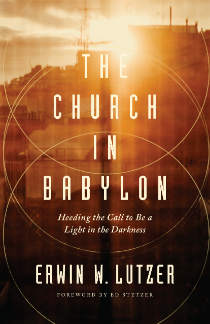 The Church In Babylon 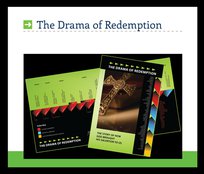 About Running to Win 15 Minute Version

Since 1980, Dr. Erwin W. Lutzer has served as Senior Pastor of The Moody Church in Chicago.
Dr. Lutzer earned his B.Th. from Winnipeg Bible College, a Th.M. from Dallas Theological Seminary, an M.A. in Philosophy from Loyola University, and an honorary LL.D. from the Simon Greenleaf School of Law.
A clear expositor of the Bible, he is the featured speaker on three radio programs that are heard on more than 700 outlets in the United States and around the world:
Moody Church Hour—The Moody Church’s Sunday morning worship service;Songs in the Night—an evening program that’s been airing since 1943;Running to Win—a daily Bible-teaching broadcast.Dr. Lutzer is also an award-winning author of numerous books including: The King Is Coming, One Minute After You Die, When a Nation Forgets God, When You’ve Been Wronged, Christ Among Other gods, and Christian Bookseller’s Gold Medallion Award winner, Hitler’s Cross.
He and his wife Rebecca have co-written the books: Life-Changing Bible Verses You Should Know, and Jesus, Lover of a Woman’s Soul.
His speaking engagements outside of The Moody Church include Bible conferences and seminars, both domestically and internationally including: Russia, the Republic of Belarus, Germany, Scotland, Guatemala, and Japan. He also leads tours to Israel and to the cities of the Protestant Reformation in Europe.
Dr. Lutzer and Rebecca live in the Chicago area and have three grown children and eight grandchildren.