The Question of Guardianship

April 16, 2021
Update Required To play the media you will need to either update your browser to a recent version or update your Flash plugin.
Podcast Free MP3 Transcript

So, if both parents die who gets your kids?

If you have minor children you need to answer that question. One dad wasn’t sure what to do. His wife had died and now he was getting married.  So, if he dies, should the stepmother be their guardian or those he and his first wife designated long ago? Who will the child trust and who is best positioned to lead them? In the beginning of a blended family that’s likely not their stepparent but could become so in time. Don't base your decision on a dream but what’s real and happening in your home. 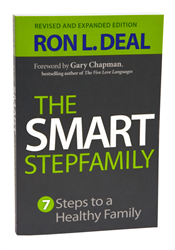 The Smart Stepfamily
In The Smart Stepfamily, leading expert Ron L. Deal reveals the seven fundamental steps to blended family success and provides practical, realistic solutions to the issues you face as a stepfamily. Whether married or soon-to-be married, you'll discover how to communicate effectively and solve the everyday puzzles of stepchildren relationships. This revised and expanded edition is 50% new and has updated research and two new chapters with more real-world advice on stepsibling relationships and later-life stepfamilies.
Order 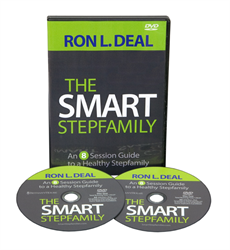 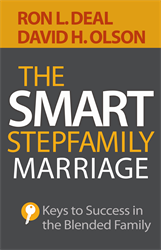 The Smart Stepfamily Marriage
Contact Cancel
Financing Togetherness
April 15, 2021
Avoiding Us vs. You
April 14, 2021
Step-Wedding
April 13, 2021
More Episodes
Stay Connected with your favorite Ministry Newsletters and Devotionals
More Newsletters
Sign Up
In addition to your newsletter(s), you will receive email updates and special offers from Oneplace.com.
Privacy Policy / Terms of Use

Ron L. Deal is the Director of blended family ministries at FamilyLife®, and is the author/coauthor of the books The Smart Stepfamily, The Smart Stepdad, The Smart Stepmom, Dating and the Single Parent, and The Remarriage Checkup. Ron voices the FamilyLife Blended short feature and is one of the most widely read authors on stepfamily living in the country. He is a licensed marriage and family therapist who frequently appears in the national media, including FamilyLife Today® and Focus on the Family, and he conducts marriage and family seminars around the country. Ron and his wife, Nan, have been married since 1986 and have three boys.