June 3, 2020
Update Required To play the media you will need to either update your browser to a recent version or update your Flash plugin.
Podcast Free MP3

Pastor Al begins a study in Psalm seventy-eight today. It’s a Psalm of Asaph that expresses frustration with God’s people, as they continually show an inability to trust God, despite the evidence before them. Obviously, this is a message that is very relevant today. We see it all around us - the obvious evidence of God’s presence, and the obvious rejection of that evidence. 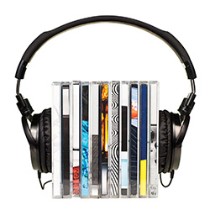 Order a single message or a complete series.

Order
Discipline part 2
June 2, 2020
Discipline, Part 1
June 1, 2020
Our Power Source
May 29, 2020
More Episodes
Stay Connected with your favorite Ministry Newsletters and Devotionals
More Newsletters
Sign Up
In addition to your newsletter(s), you will receive email updates and special offers from Oneplace.com.
Privacy Policy / Terms of Use
Listen to Dwelling Place
on Amazon Echo and Google Home
LEARN HOW