April 8, 2021
Update Required To play the media you will need to either update your browser to a recent version or update your Flash plugin.
Podcast Free MP3 Transcript 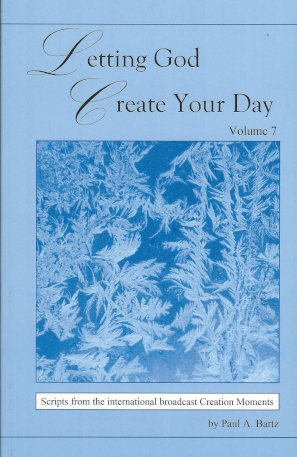 If you enjoy listening to the Creation Moments radio program, you’ll love our newest collection of scripts, arranged with Scripture references and prayers for devotional use. A great resource for Sunday school lessons, family devotions and for sharing with your children and grandchildren. 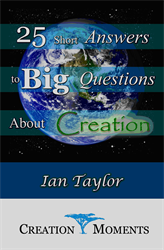 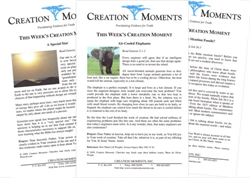 Paul Taylor, the on-air voice of Creation Moments, was born in Ashton-under-Lyne near Manchester in the North of England. After obtaining a degree in Chemistry and a teaching certificate from the University of Nottingham, he began an 18-year-long career as a high school science teacher. Outside of work, he was involved in his church, preaching, teaching and leading worship, as well as writing worship songs. In 2005, he joined Answers in Genesis and worked in their UK office for six years. He then moved to the United States in 2011 to work for Creation Today, in Pensacola, Florida. Today, he is Director of the Mount St. Helens Creation Center in Silverlake, Washington. From this base, he continues to travel around the United States, speaking on creation, Genesis and apologetics. Paul now writes scripts for the Creation Moments radio program and is host of the broadcast as well. Paul is available to speak at churches, conferences and events. For more information, contact Creation Moments at 1-800-422-4253.