The former U.S. military officer and CIA Director turned in his resignation on November 9, 2012, citing an extramarital affair as his reason for withdrawing from his responsibilities. Many Americans are grappling with the news about this respected government leader.

Petraeus didn’t accidentally fall into his role as Director of the Central Intelligence Agency. The graduate of the United States Military Academy has climbed upward in his career becoming a four-star general in the U.S. Army. He was also Commander of the International Security Assistance Force, Commander of the U.S. Forces in Afghanistan, 10th Commander of the U.S. Central Command, and Commanding General of the Multi-National Force in Iraq. Petraeus graduated as a distinguished cadet (in the top-five percent of his class) from the U.S. Military Academy in 1974. He also has an M.P.A. and Ph.D. degree in International Relations from the Woodrow Wilson School of Public and International Affairs at Princeton University. Over the course of his career, Petraeus earned enough decorations and badges to shingle a barn roof.

So what led to his extramarital affair and resignation?

According to Petraeus associate Steven A. Boylan, Petraeus began an affair with Paula Broadwell, principal author of his biography, All In: The Education of General David Petraeus, several months after his August 2011 return to civilian life. Petraeus ended the affair in the summer of 2012.

The FBI began to investigate after Jill Kelley, a longstanding friend of Petraeus and an unpaid social liaison to MacDill Air Force Base … complained of harassing emails she was receiving. After the emails were traced to Broadwell, investigators noted that Broadwell appeared to be exchanging intimate messages with an email account belonging to Petraeus, instigating an investigation into whether that account had been hacked into or was someone posing as Petraeus.

At about 5 p.m. on November 6, 2012, the FBI advised James R. Clapper, Director of National Intelligence, about the investigation. Clapper called Petraeus and, according to the Washington Post, "urged him to resign." Clapper notified the White House on November 7. After being briefed on November 8, President Obama summoned Petraeus to the White House where Petraeus offered his resignation. [1]

There is very little glory given to people in the Bible. Many of the failings of Israel’s leaders are laid open before us so that we might learn that all are subject to temptation and failure, especially those in high places. The greater the heights and responsibilities, the more thunderous is the crash of their failings. This week as America grapples with the extramarital affair and resignation of CIA Director David Petraeus, we can all be reminded that self-confidence and position do not secure us against the traps of the enemy.

Like King David in the Bible, some people function with excellent records and climb to top levels of leadership but then make fatal choices. There is only one way out of these tangled messes and that is to fall on our knees and repent. As we seek to prepare our hearts for the coming of Jesus, we will continue to see leaders, “even the very elect” (Matthew 24:24), being deceived. May we humble ourselves like David and cry, “Have mercy upon me, O God, according to Your lovingkindness; according to the multitude of Your tender mercies, blot out my transgressions” (Psalm 51:1). 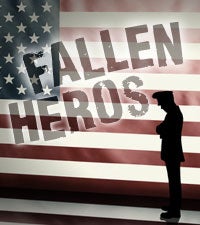 There is so little time left, we are in the crucible.  "Tomorrow is not yours.  Today you are to maintain the victory over self.  Today you are to live a life of prayer.  Today you are to believe that God blesses you," (HS, 142).  There may well be no next time to get it right.  Tune in now as we focus on Christ's Second Coming and the signs of the times present around the world.  Despite it all however, we must not have a time of trouble beforehand by our anxiety.  Instead, may we "live in God, and on God, and with God... and give Him His due by trusting Him," (C.H. Spurgeon).

All Sermons by Doug Batchelor