The Secret Place of Thunder

May 24, 2020
Update Required To play the media you will need to either update your browser to a recent version or update your Flash plugin.
Podcast Free MP3

Every week brings a host of Bible questions from listeners across the nation and the world.  In this installment of Bible Answers Live, Pastor Doug and Pastor Ross study through the Scriptures to research questions about Heaven, reconversion and re-baptism, cremation, the Trinity, guardian angels, women in ministry and so many more topics that we all wonder about.  Tune in because you won't want to miss this edition of Bible Answers Live ! 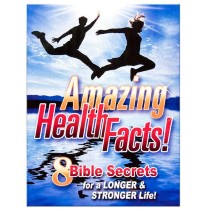 This attractive, affordable, full-color magazine presents eight powerful biblical health lessons in a direct and captivating way — including the benefits of a good diet, exercise, rest and the Sabbath, sunlight, water, and more. All these principles are backed by modern research, and each lesson is packed with colorful, intriguing trivia and body- and spirit-transforming truth! 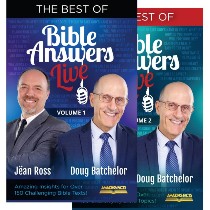 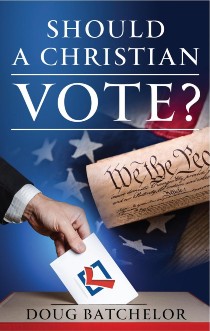 Should a Christian Vote?

Cosmic Conflict: The Origin of Evil DVD
Articles Cancel
The Secret Place of Thunder
May 17, 2020
Another Day That Looks Like Yesterday
May 10, 2020
Between the Dragon and the Woman
May 3, 2020
More Episodes
Stay Connected with your favorite Ministry Newsletters and Devotionals
More Newsletters
Sign Up
In addition to your newsletter(s), you will receive email updates and special offers from Oneplace.com.
Privacy Policy / Terms of Use

Listen to excerpted questions from Doug Batchelor's 60-minute, nationwide call-in program that lets you ask any Bible question and receive the true and accurate answer straight from the Bible.

As the teenage son of a millionaire father and a show business mother, Doug Batchelor had everything money could buy - everything but happiness. He used drugs, fought at school, and entertained suicidal thoughts. Convinced that life held no purpose, Doug was determined to grab all the fun and excitement he could find! Before his search ended, a cave in the hills above Palm Springs, California, became his home.

Even though he had access to money, and famous and powerful people, Doug would eventually scavenge for food in garbage bins. The happiness Doug wanted eluded him until the day he began reading the dust-covered Bible "Someone" had left in his cave. What happened next can only be described as a miracle!