Far Beyond the Visible

No Distance, No Space

January 10, 2021
Update Required To play the media you will need to either update your browser to a recent version or update your Flash plugin.
Podcast Free MP3

"The separation is wide and fearful, but Christ has made provision again to connect us with Himself.  When this intimacy of connection and communion is formed, His righteousness is imputed to us." (NL)  We have every reason to believe and nothing to fear.  In this time of new beginnings, and also of the unknown and the uncertain, rejoice as you imagine Jesus smile, rejoice as you learn of His sacrifice for you, rejoice as you recognize the intricacy and perfection of prophecy and the mercy of His condescension.  Rejoice that He longs for closeness with you, and surrender what distances you from Him so that He can cover you and shield you. 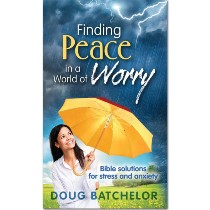 Finding Peace in a World of Worry

Pastor Doug Batchelor’s winsome but practical new book is packed with useful solutions not only to liberate those drowning in stress, but also to prevent stress from building up in the first place. Best of all, these principles come directly from the Word of God! 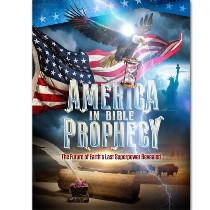 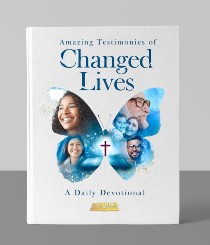 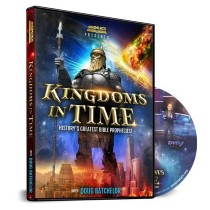 Kingdoms in Time: History’s Greatest Bible Prophecies
Articles Cancel
Far Beyond the Visible
January 3, 2021
But the Lord Looks on the Heart ENCORE
December 27, 2020
Born to Die, for Life ENCORE
December 20, 2020
More Episodes
Stay Connected with your favorite Ministry Newsletters and Devotionals
More Newsletters
Sign Up
In addition to your newsletter(s), you will receive email updates and special offers from Oneplace.com.
Privacy Policy / Terms of Use

Listen to excerpted questions from Doug Batchelor's 60-minute, nationwide call-in program that lets you ask any Bible question and receive the true and accurate answer straight from the Bible.

As the teenage son of a millionaire father and a show business mother, Doug Batchelor had everything money could buy - everything but happiness. He used drugs, fought at school, and entertained suicidal thoughts. Convinced that life held no purpose, Doug was determined to grab all the fun and excitement he could find! Before his search ended, a cave in the hills above Palm Springs, California, became his home.

Even though he had access to money, and famous and powerful people, Doug would eventually scavenge for food in garbage bins. The happiness Doug wanted eluded him until the day he began reading the dust-covered Bible "Someone" had left in his cave. What happened next can only be described as a miracle!