Why Did Judas Betray Jesus after Following Him for Three Years? 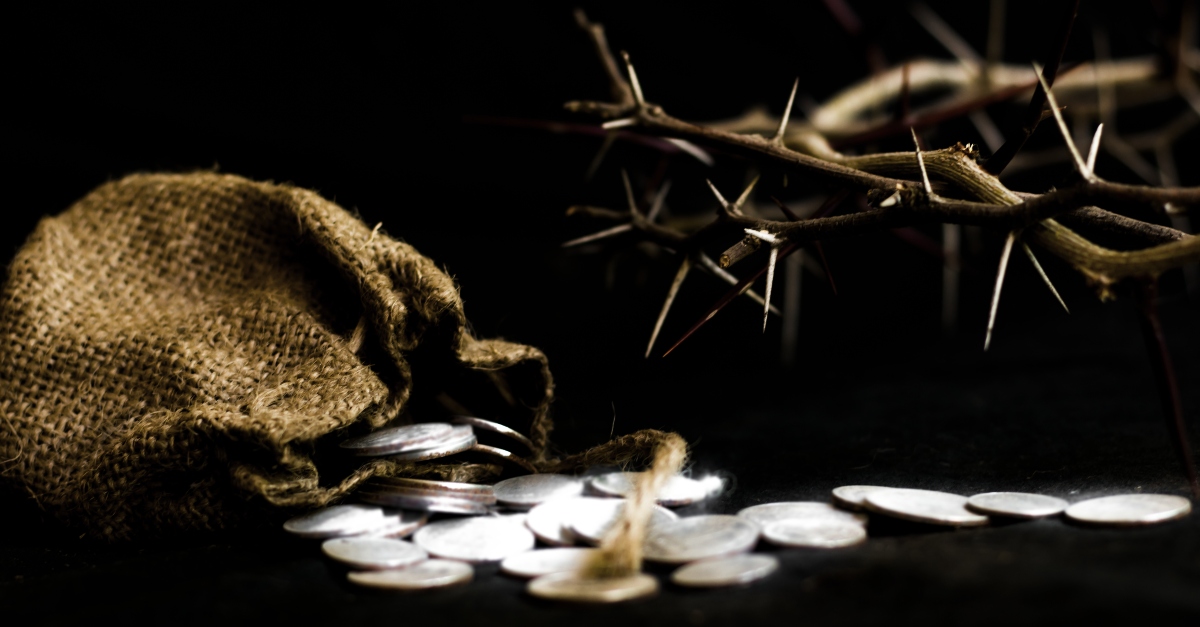 Although dozens of people followed Jesus throughout his ministry, sometimes providing houses or caring for biological needs such as food (Luke 8), most of us know that Jesus had 12 followers he especially selected. These would make up the 12 apostles of Jesus. The most infamous being Judas Iscariot who, after three years of following Jesus during Jesus’ public ministry, turned his friend over to the religious leaders to be tried, and ultimately, crucified. So why did Judas betray Jesus?

After all, if we think back to our high school or college years, we may remember close friends who stuck with us for three-plus years. Even if we had a falling out with them, could we imagine betraying them and leading them to their deaths? I should hope not.

How much more scandalous is the idea that a man who spent every day with Jesus for three years would suddenly turn his back on him. In this article, we’ll discuss some of the reasons why Judas betrayed Jesus, and why Judas ultimately ended his own life when he realized the repercussions of his actions.

What Does the Bible Say about Judas?

Before we can dive into the reasons as to why Judas betrayed Jesus, we need to first uncover what the Bible has to say about him. After all, as pointed out in the Crosswalk article linked above, we don’t have an explicit explanation for why Judas did what he did. Theologians have a few theories, which we’ll address in a moment.

Psalm 41:9: “Even my close friend in whom I trusted, who ate my bread, has lifted his heel against me.”

This passage, back in the Old Testament prophecies that a close friend would lift their heel against Jesus. We can see the prophetic threads in the word “bread” here and remember that at the Last Supper, Jesus passed the bread to represent his body that would be broken for our sins. Judas partook of it.

Luke 6:16: “Judas son of James, and Judas Iscariot, who became a traitor.”

Judas is one of the twelve called by Jesus. This passage makes sure to differentiate between him and another disciple named Judas.

John 12:4-6: “But one of his disciples, Judas Iscariot, who was later to betray him, objected, “Why wasn’t this perfume sold and the money given to the poor? It was worth a year’s wages.” He did not say this because he cared about the poor but because he was a thief; as keeper of the money bag, he used to help himself to what was put into it.”

The apostles appeared to have different roles during Jesus’ ministry. Judas took charge of the finances, a treasurer of sorts. Some theologians have suggested this was particularly ironic because Judas was supposedly a thief. But this makes his betrayal all the greater because he betrays Jesus … for money.

John 13:27: “As soon as Judas took the bread, Satan entered into him. So Jesus told him, “What you are about to do, do quickly.”

The passage says Satan enters him. We don’t know if this is possession or oppression, spiritually speaking. Perhaps this is similar to what would happen to King Saul when an evil spirit would torment him, and he would try to kill David who played music (1 Samuel 16). However, previous to this night, Judas had already agreed to betray Jesus. The religious leaders bribed him with 30 silver coins. He already hatched a plan in his heart to betray Jesus, but Satan appears to give the final push here. In the Garden of Gethsemane, in the darkness, Judas alerts the mob behind him to Jesus’ presence by greeting Jesus with a kiss.

Matthew 27:3: “When Judas, who had betrayed him, saw that Jesus was condemned, he was seized with remorse and returned the thirty pieces of silver to the chief priests and the elders.”

Judas experiences remorse when he realizes Jesus received the death penalty. This seems to indicate that he didn’t want Jesus to die. Perhaps he was fed up with Jesus or frustrated that Jesus did not turn out to be the insurrectionist he’d hoped. But he experiences regret.

Why Did Judas Betray Jesus?

Theologians differ on this. As stated in the Crosswalk article linked above:

“At the other end of the theory spectrum is the proposal that Judas betrayed Jesus because Judas was a bad guy all along…a wolf in sheep’s clothing. This theory relies heavily on the portrayal of Judas in the Gospel of John, which presents a very unflattering portrait of Judas.”

This theory does fall short at times when we see Judas’ remorse in the passage above. Although Jesus foreknew Judas would ultimately betray him, we don’t know if Judas did. Three years seems like an awfully long time to stick around someone you can’t stand.

Although, yes, Satan did enter Jesus—as some may argue that Judas had no autonomy—we see Judas making a deal with the religious leaders long before Satan shows up during the Last Supper.

This smells of resentment. This seems like Judas had high hopes for Jesus at the beginning of his ministry, but after three years, he didn’t like what he saw. Perhaps, because he’d witnessed so many miracles, he’d hoped Jesus being put on trial would give him the push to overtake Rome and turn into an insurrectionist so many Israelites hoped he would be.

The Crosswalk article confirms this: “During Jesus’ day, the people of Israel were under the rule of Rome. They desperately wanted to overthrow their oppressors and re-establish their nation. They needed an anointed king to lead them in this quest. Could it be Jesus? Clearly, he was chosen by God. He performed miracles. He spoke with authority about a new kingdom. He attracted huge crowds.”

This could explain Judas’ shock when Jesus received a death sentence. The night had not gone according to Judas’ plan. He tries to return the 30 pieces of silver to the religious leaders because he sinned by “betraying innocent blood.”

No matter what the case, Judas did ultimately betray Jesus. And not only did this lead to Jesus’ death, but Judas’ very own.

How Did Judas Die?

The Bible catalogs, in somewhat gory detail, the death of Judas. When the religious leaders refuse to accept the 30 silver pieces, Judas casts it on the floor, goes to a field, and hangs himself. I won’t go into more details than that, but if you want some hyper-real descriptions, check out Acts 1:18.

The religious leaders then use the coins to purchase a potter’s field, fulfilling a prophecy from the Old Testament (Matthew 27:9).

We may never know if Judas was evil all along or if resentment slowly bubbled under his skin throughout Jesus’ ministry. After all, when Jesus entered Jerusalem, people waved palm branches and rejoiced. But less than a week later, they called for his death.

Judas’ actions, evil as they were, played an important role in the death and resurrection of Jesus. The Old Testament prophesied that Judas would betray Jesus, and through his betrayal, Jesus died for our sins.

What’s especially important to take away is one of Jesus’ last moments with Judas. Even though he knew Judas would betray him, he still washed Judas’ feet before the Last Supper (John 13), an act of servitude.

We can often tsk at Judas when we read what he did, until we realize that we, in fact, are Judas. We betrayed Jesus. Our sins led him to his death. But Jesus chooses to wash our feet. To befriend us. And to ultimately save us.

So Close, Yet So Far: The Surprising Story of Judas Iscariot

Heaven, So Near - So Far

Hope Bolinger is a multi-published novelist and a graduate of Taylor University's professional writing program. More than 1,200 of her works have been featured in various publications ranging from Writer's Digest to Keys for Kids. She has worked for various publishing companies, magazines, newspapers, and literary agencies and has edited the work of authors such as Jerry B. Jenkins and Michelle Medlock Adams. Her modern-day Daniel trilogy is out with IlluminateYA. She is also the co-author of the Dear Hero duology, which was published by INtense Publications. And her inspirational adult romance Picture Imperfect releases in November of 2021. Find out more about her on her website.