November 24, 2020
Update Required To play the media you will need to either update your browser to a recent version or update your Flash plugin.
Podcast Free MP3

Adam Miller sat down with David and Barbara Leeman to talk about their book "Hosanna In Excelsis." 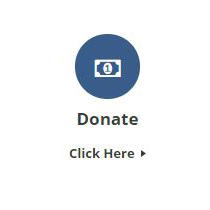 Songtime is a resource ministry that teaches the Word of God in a Christ-centered way with a gospel focus. It is primarily based in New England to reach New England with the gospel of Jesus Christ.

Christ-Centered
At the forefront of everything that we do is an effort to point people to Christ.

Gospel-Driven
The gospel is not only for unbelievers, it is for Christians as well. It is the power for a transformed life, and it is the hope for a hurting world.

Scripture-Based
Whether through interviews, articles, or teaching, our communication is always based on the authority of the Word of God.

Adam grew up in the Church as the son of a pastor. He started preaching when he was twelve years old and has served in several preaching capacities including his current job as Pastor at South Chatham Community Church. He came on board at Songtime in 2011. In 2013, He started to host the daily broadcast and in January of 2014 he became the President.

He earned his Bachelor of Science in Bible and a Master of Arts in Worldview Studies from Baptist Bible College in Clarks Summit, PA.

Adam is available to speak at your Church or conference. To schedule Adam or reach him for questions, call the Songtime office at 508-362-7070.